Shop Now
The optional free tour to Perouges departs at 2PM today, and we drive through some really beautiful countryside on the way there. The La Dombes district is where fish are raised in a series of 1,200 ponds. Apparently, these fish hatcheries have been there for quite a long time. File this one under "more things that we did not know about France"!


Perouges is another of those amazing medieval walled & cobblestoned little villages that are all over Europe, but each is just different enough, to where it is always interesting to visit them. It is a medieval walled town 19 miles northeast of Lyon and is perched on a small hill that overlooks the plain of the Ain River.

After the archealogical excavations on the Croix Tombée site, it was confirmed that humans have been present in Pérouges from Chalcolithic (about 2500 BC to 1800 BC) until the Merovingian period (5th-8th centuries) on the Longevent river. There are no records or information for the 8th through the 12th centuries, and the first written records mention the Pérouges old fortress dates from the begining of the 12th century.

After various roads were re-routed in the late 18th century, industry and population declined in Perouges to where fewer than 100 people lived in the village. However, in the early 20th century the town was restored to its medieval appearance, houses and other residences were saved, and it became a popular tourist destination. Because of it's authentic/medieval appearance, it has often been used in historical movies.
NOTE: If you ever visit Perouges, be sure to try the Galette Perugienne a la Crème ("pancake of Perouges") because it is widely regarded as very tasty! 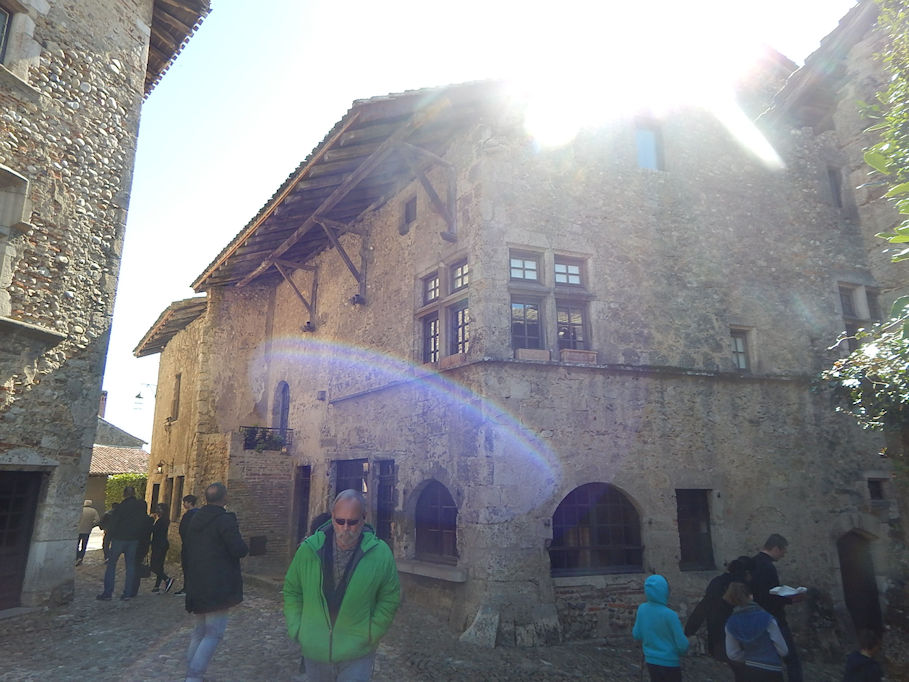 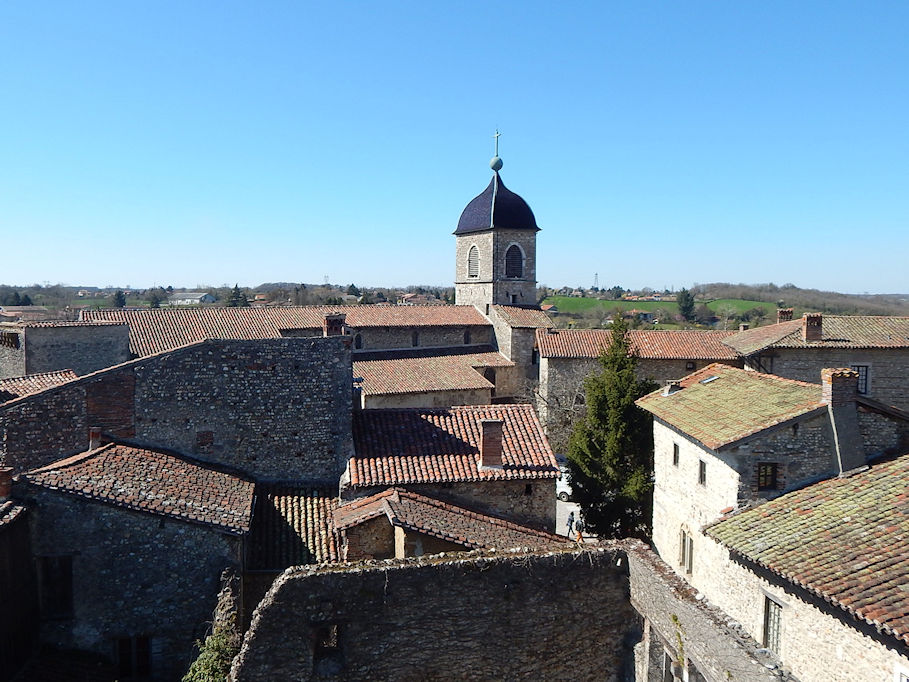 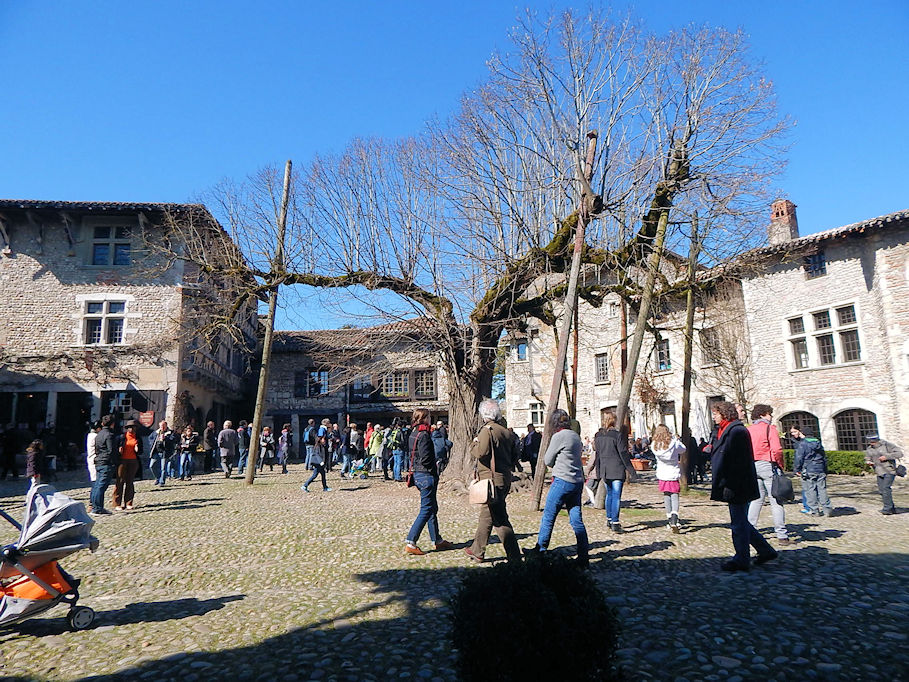 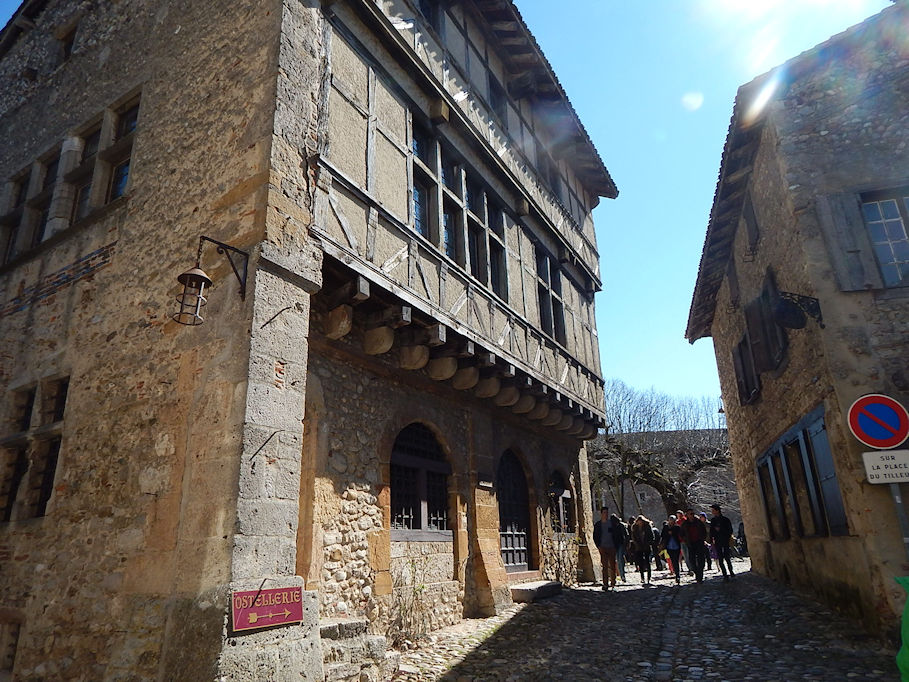 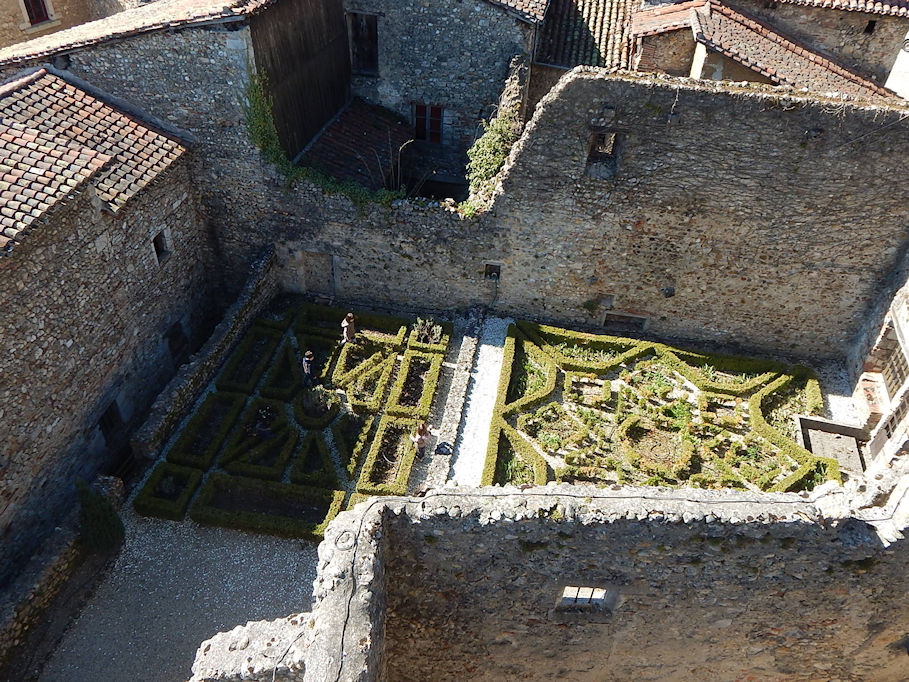 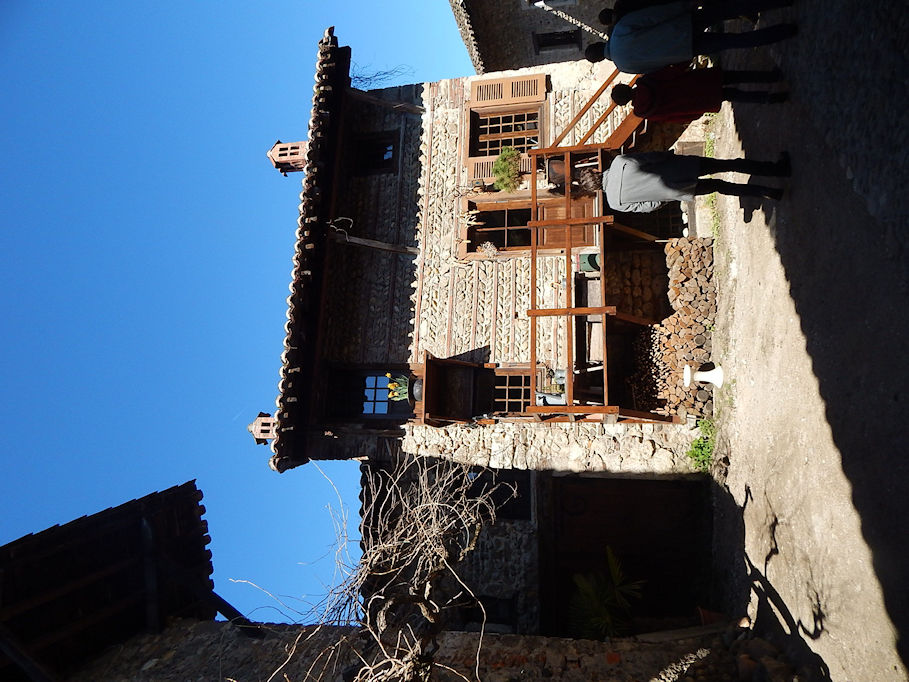 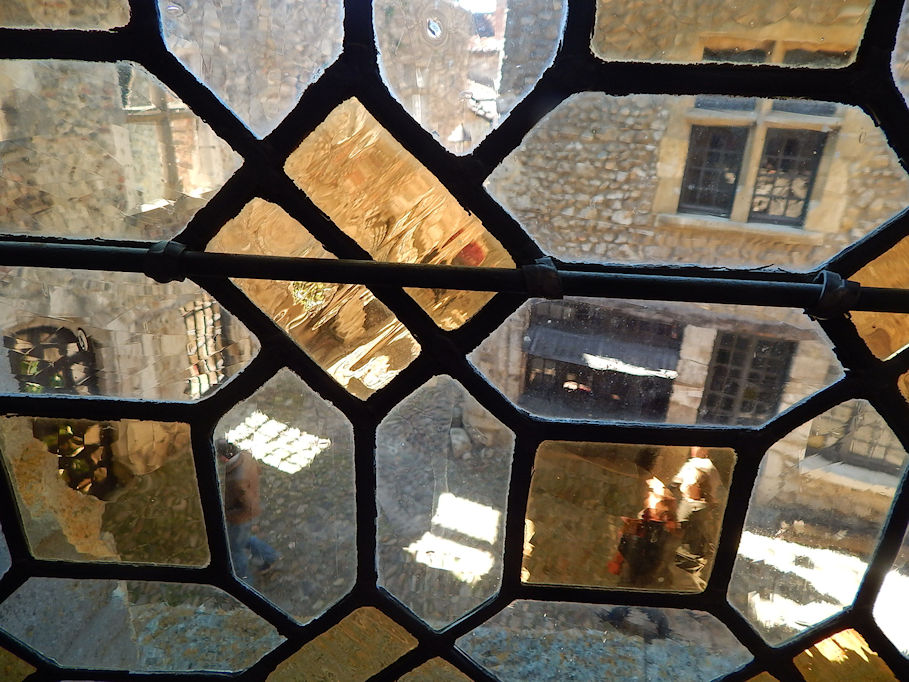 The above images give you an idea of how medieval Perouges appears; narrow cobblestoned streets, everything was built with stone, city wall surrounds the entire village, lookout towers, etc. There were a number of small shops where one could satisfy their desires for a momento.

So perhaps this is one of our "better" Trip Advisor tips - when in Perouges, be sure to go to the museum and walk up the stairs to the roof, because on a clear day, you can see for miles & miles! And by the way, you should wear shoes here that will provide a level of comfort while walking on cobblestones!

After everyone had seen everything in the village, we got back onto the tour bus and returned to the ship in time for the Captain's Cocktail Party at 6:30PM.

To view our entire set of images from Perouges, France, click here